Which Plumbing Pipe Material is Best for Your Home: Copper or PEX? 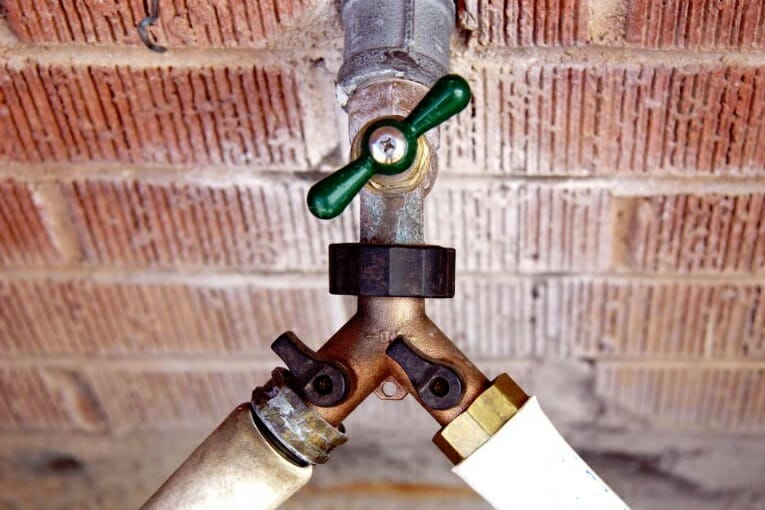 When you live in or near a modern city, it’s probably a good idea to not think too much about where your water has come from. Of course, the water supplied to our homes is tested and treated to ensure that it’s clean and safe to use, but what about the pipes that it’s traveled through? Many of the water supply pipes in our cities have been in place for a long time; the age of this infrastructure and the increased population levels have placed these systems under considerable strain. We cannot do much about the pipes outside, but what about the plumbing pipes running throughout our homes? When you need to choose a plumbing pipe material, do you go with PEX or copper?

PEX is also known as cross linked polyethylene; it’s plastic piping that has been used here in the United States in both heating and plumbing applications for around 15 years. It’s well regarded amongst plumbing professionals because it’s incredibly durable and it can be used to form very strong cross links. Although PEX has actually been around since the 1930s, it wasn’t a viable alternative to copper piping until relatively recent improvements in production techniques.

Because it’s an entirely synthetic material, PEX doesn’t have many of the environmental concerns that are typically associated with copper. After all, copper is a non renewable material, and extensive mining operations are required to maintain a steady supply. Certain newer plumbing pipes may be constructed from recycled copper materials, but these pipes are still more expensive than PEX. The global price of copper has soared in recent years due to increased demand, and this has encouraged many copper users to switch to PEX to reduce costs. For these reasons, PEX is now an increasingly attractive option for commercial and residential plumbing and heating applications.

Given the reasons for using PEX shown above, it’s natural to wonder why anyone would continue to use copper piping at all. But, copper is still an excellent material for plumbing applications, and many people prefer to use it even if it does cost more. The main benefit of copper piping is its longevity; many manufacturers even offer an unprecedented 50 year warranty on brand new copper pipes! It’s true that PEX has a long life, but copper is still more durable, and it’s a clear winner in terms of sheer longevity. For those living in areas where natural disasters are more common copper piping is also a smart choice. Even when exposed to severe damage, copper piping often survives intact, unlike PEX pipes which can be broken in earthquakes and melted in fires.

It’s never easy to offer advice on a one size fits all basis without looking at each case in isolation. After all, many homes have different needs depending on where they are located and how they are used. Budgeting is also a key consideration; PEX is a cheaper material than copper, but copper is more resilient, and it will last longer. But, when the time to replace your plumbing pipes arrive, it will be necessary to make a choice between PEX and copper. Make sure to ask your contractor for more detailed information on how these two materials perform as plumbing pipes before you make your final decision.

Many homeowners, decide to go with PEX with a few different reasons. Firstly, the cost is lower because PEX is a cheaper material and it’s easy to install, so the costs of labor are cheaper. Also, it’s worth noting that PEX plumbing pipes can provide a stronger water pressure compared to copper pipes in some situations. When you plumber installs PEX pipes, they need fewer abrupt turn in your walls, and the water doesn’t have to slow down too much as it makes its way to your plumbing fixtures. It doesn’t affect us here, but it’s interesting to note that PEX is a better material in cold weather because it’s less prone to freezing and cracking than copper.

Some homeowners, still opt for copper pipes because they like the longer warranties and the improved durability over PEX piping. But, the value of copper is a draw for thieves that could strip out the copper and sell it on its weight value and turn a decent profit. As copper prices continue to rise and environmental concerns continue, it’s likely that copper is going to become a less attractive choice in the coming years.

PEX is a Pragmatic Choice

New developments in the plumbing industry are ongoing, and it’s simply not possible to predict the materials that will be in use a decade from now. From a pragmatic perspective, we can only consider the materials that are currently available. The only two real alternatives available right now are PEX and copper. As we’ve shown PEX is more attractive for a number of reasons and many people are sure to be attracted to the lower prices compared to copper. But, pricing isn’t everything; the improvements in water pressure and the ease of working with PEX are also a factor. When PEX pipes need to be replaced it’s a relatively simple procedure compared to removing and replacing copper piping.

As the global price of copper continues to increase most people are not going to be able to choose copper for their plumbing systems. If you have your heart set on using copper, it makes sense to replace your plumbing pipes now rather than later. Any delays will make the copper pipes more expensive, and they may soon be out of your financial reach. It’s far more likely that PEX will become the defacto choice for plumbing pipes and fixtures in the very near future because it’s a fantastic renewable material that performs well.

If you want to know more about the pros and cons of PEX and copper piping, contact your local certified for expert help and advice.

By Giovanni Longo President Flood Brothers Plumbing
Giovanni Longo is a 3rd generation master plumber who has been practicing his craft and trade in the greater Los Angeles area for well over a decade and a half. A plumbing and hydraulics-engineering innovator, Giovanni’s particular world-class expertise focuses on dealing with challenging sewer system designs as well as resolving complex commercial and residential draining issues. As a certified Flood Mitigation expert, he is also well versed in a wide variety of water damage and remediation solution.

Understanding the Importance of a Sump Pump

How Do You Dispose of Leftover Oil and Grease?

Cooking with a lot of grease and oil may not be the best choice for our waistlines, but it does prod

We take our water heaters for granted, this is one of the hardest working appliances in our homes, b

5 Steps to Detect a Water Leak in Your Home

A water leak can cause water damage, which is expensive to fix, but the problem is exacerbated becau